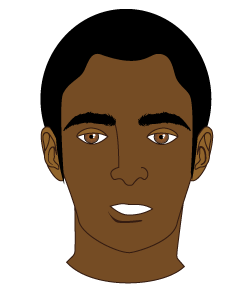 I have always been one of those people who loves to get out into the world and talk with other people, but a few years ago, I realized that I had to do something about my smile. My teeth were yellow and unattractive, and it was really discouraging to see how much different my smile was. I knew that I needed to get my teeth fixed, so I started working with a professional dentist to make things right. Within a few short months, my smile was completely transformed, and I knew that I owed it all to my dental professional. Check out this blog for more information about working with a dentist.

Working With A Great Dentist

Sleep Apnea is a common, but serious and life threatening condition where your breathing stops one or more times for a few seconds to minutes during sleep.  It is often undiagnosed, but it could easily be diagnosed by asking your dentist if you grind your teeth.  Read further to learn about this disorder and the role it plays in your dental health.

Connections Between Sleep Apnea and Your Mouth

The dental industry has become more involved in patients with Sleep Apnea within the last 10 years since they've learned that certain oral devices help. Eventually, patterns began to emerge and they noticed that some patients of Sleep Apnea suffer from such oral problems as TMJ disorders, Tooth Hypersensitivty, Bruxism, Periodontitis, and/or Xerostomia.

The temporomandibular joint (TMJ) connects the lower jaw to the rest of the skull. It is one of the most complex joints in the human body.  It doesn't just move up and down, but it also moves side to side.  It is also the only joint in the human body that is positioned by teeth.  Where our teeth set is where your jaw aligns, as well as your tongue.  If your lower jaw is positioned too far back, then your tongue is also positioned back, which in return obstructs your airway, resulting in Sleep Apnea.

Bruxism is a condition that can lead to tooth hypersensitivity, fractured teeth, enamel loss, and much more.  This is done through the grinding and clenching of teeth during sleep. Studies show that Bruxism rarely occurs for no reason. According to recent findings, Obstructive Sleep Apnea patients are at the highest risk for grinding their teeth.

Periodontitis is a serious gum infection that damages the soft tissue and destroys the bone that supports your teeth.  It can cause your gums to recede, shrink, and pull away from your teeth.  A study done in 2013 suggested that Obstructive Sleep Apnea played a major part in your dental health and possibly increased the risk for periodontitis.  It states that people with Obstructive Sleep Apnea are 4 times more likely to get periodontitis.  There have been very few studies, however, that closely examine the link between the two.

Xerostomia is not a disease, but simply dry mouth.  Dry mouth is one of the symptoms of Sleep Apnea.  It sounds harmless enough, but if left untreated can lead to a buildup of plaque, sore throat, hoarseness, and difficulty swallowing.

The connection between Sleep Apnea and your oral health is still relativity new in the dental community, but through the past decade they have learned that Bruxism is a very good indicator of Sleep Apnea.  They have also learned that a few other dental issues like Xerostomia, Periodontitis, and TMJ are common side effects of Sleep Apnea.